Bachelor of Arts from the State University of NY at Albany
J.D.  from New York Law School 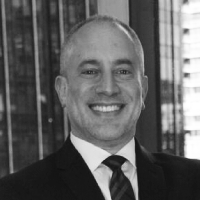 Mr. Mendelson is a transactional attorney with over 20 years of global business and legal experience gained in a combination of law firm and in-house settings. His practice focuses on general corporate and securities law matters.

Mr. Mendelson received his J.D. from New York Law School in 1992. He received his B.A. from the State University of New York at Albany in 1989.

Mr. Mendelson is admitted to practice in New York.